Samovars in the Nashchokin House 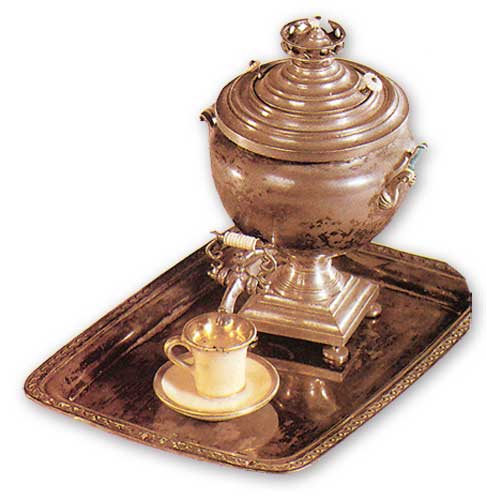 At the end of the XVII - beginning of the XVIII century in Europe there was a tradition of creating miniature houses, equipped with all the necessary items of furniture and household goods, which are just as small. In Russia, the creation of the first famous house of this kind was ordered by a close friend of Pushkin - Pavel Voinovich Nashchokin, in the 30s of the XIX century. And this house became a real masterpiece of Russian decorative and applied art of the XIX century. His creation lasted several years and cost the customer 40 thousand rubles (!). For this money at that time it was possible to buy a real mansion in St. Petersburg.

At the moment the Nashchokinsky lodge is kept in the All-Russian Pushkin Museum in St. Petersburg. It is not known which dwelling was the prototype of the Nashchokinsky house and whether it existed at all. For several years, that the masters were painstakingly working on the house and its objects, Nashchokin changed his dwelling more than once. Perhaps Nashchokinsky small house is a materialized image of the average gentry house of that time.

In the house of Nashchokin, of course, we are interested in the samovar, or rather samovars, whose models there were several. Of course, in everyday life there were only hot samovars. Electric samovars have not yet been invented. By the way, during the Soviet times two models of miniature samovars were created for exhibitions (including for VDNKh), one of which was comparable in size to a thimble, and the other did not contain a single drop of water at all. But outside of any context and practical purpose, these samovars looked cute and useless products. Quite another matter is the model of samovars Nashchokinsky house occupying the right place in its miniature interiors.

So. Samovarov, there were five in the Nashchokinsky house. Hence, it was then customary in noble houses to keep a few samovars, so that several tea parties could take place simultaneously in the walls of the house. Tea could be at the same time, but in different rooms to drink the owner with a friend, the hostess with friends, servants. And if it was a holiday and a large table, laid in the dining room, then two or three samovars could be on this table or nearby. Naturally in the course of time there were only hot samovars. On the inner walls of the largest samovar model from Nashchokinsky house there are traces of scale. So this, in fact, the toy was made so skillfully that it quietly experienced imitation of use for its intended purpose. All handles of the large model of the Samovar Nashchokinsky house are made of ivory. In these samovars, the handles of this material protected the hands well from burns.