Authors of "Zadonshchina", "Tales of the Mamai Battle", chronicle stories written in the hot pursuit of the Battle of Kulikovo, informed us about the turning point in the history of Russia. Tula landowner Ivan Funikov in his universal literary and historical document "The Letter of a Nobleman to a Nobleman" told about the life of the troops of Tsar Vasily Shuisky Tula besieged in 1607, where the detachments of Ivan Bolotnikov, whose prisoner he was, were hiding. 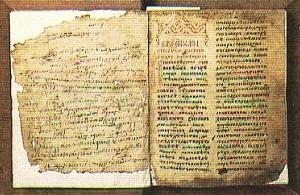 In the 18th and 19th centuries, a significant contribution to the historiography of the Tula region was made by well-known figures of Russian science and culture, natives of the localities A.T. Bolotov and V. A. Levshin, official P.S. Baturin and gunsmith A. A. Bulygin, whose memoirs Recreate the pictures of life of different layers of society. Much has been done to describe and study Tula history by local historians NF Andreev, VS Arsen'ev, IF Afremov, SA Zybin, IP Sakharov, N.E. Severny, N.I. Troitsky, VI Chernopyatov, MT Yablochkov. Great interest in terms of coverage of the way of life, the movement of social thought in Tula represent the works of Leo Tolstoy, GI and NV Uspenskikh, VV Veresaev.
Numerous books and articles by our contemporaries, true devotees of the Tula local lore opened many new, previously unknown facts for us, analyzed and synthesized historical material from the standpoint of the class, Marxist-Leninist approach to history, created a reliable chronicle of revolutionary battles on the Tula land, glorious Of the Tula people to protect the gains of October and the building of socialism.

Many of the works of the aforementioned and dozens of other authors I happened to read, explore, some pages of history were lucky enough to reveal myself. And yet, every time I take up a pen or start talking about the history of Tula verbally, I'm worried. How in a few words to put what it took hundreds of years and books? It is comforting that under the roof of this album they will receive a propiska of stories not only from mine but also from many respected people - true patriots of the city, whose destiny is inextricably linked with Tula, connoisseurs of antiquity and direct participants in the events of recent decades. And the photos will make for you the history and the present day of the city and its environs especially visible and tangible.
<<Previous Next>>
×
×