WHAT DOES IT MEAN - TULA
On the expanses of our native land silent mounds of the past centuries have been preserved mounds, hillforts. Vyatichi lived here. They cultivated the land, engaged in craft, trade. Perhaps, in the 9th-11th centuries Tula was one of the fortified settlements of a proud and free tribe. It is not for nothing that the scribes noted that when the Tulitsa River flows into the Upa River, there is an "old settlement". 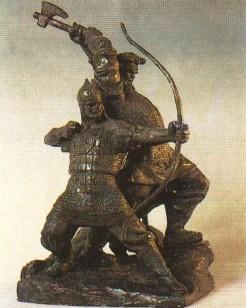 The first concrete date, indicating the existence of Tula, refers to the XII century. Describing the military actions of 1146, the Nikon Chronicle reports that the prince of Chernigov "Svyatoslav Olgovich went to Ryazan, and was in Mchensk, and in Tula, and in Dubka on the Don ..." True, some historians now doubt the reliability of this date. But even more convincing evidence than the Nikon chronicle, whether Tula existed at that distant time, is not. The dispute must be resolved by excavations of the old settlement or some other uncensored handwritten sources.
The name "Tula", apparently, is closely connected with the river Tulitsa. Vladimir Ivanovich Dahl, a well-known linguist and writer of the nineteenth century, interpreted the word Tula as "a hidden, inaccessible place, a bier, a shelter for protection." And it's believed. Because it was really necessary to defend the Vyatichs often: from the Khazars and from the princes - Kiev, Chernihiv, Ryazan, and later from the hordes of Baty, who defused many Russian cities and settlements.
Obviously, Tula suffered the same fate. But she did not sink into the timeless, but rose again. It is known that in 1343-1357 she was "commanded by the Baskaks" - representatives of the khans. 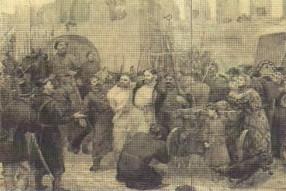 After 1380, when in the great battle on the Kulikovo field, 1 30 kilometers southeast of Tula, the army of Moscow prince Dmitri defeated Mamai, the power of the horde became only formal, and a century later, Russia was completely freed from it, and Tula became part of a single Russian state forever.
The meeting with Kulikovo field, its heroic history and today's day awaits you on pages 40-55.
SHIELD OF RUSSIA
In memory of the people's bitter mark, the concept of "Muravsky Shliakh" was imprinted. He was watered with tears and blood. For many years and after the liberation of Rus invaded by him into the Russian state of Krymchaks. Burned, ruined villages, sneered at women, even children were taken away to full. Through the feather grass steppes, passing between the rivers Zusha and Krasivoy Sword, Muravsky went to Tula. 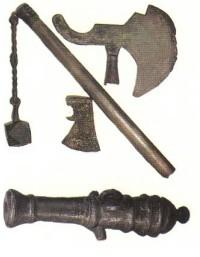