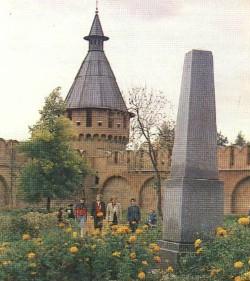 That's the story itself determined her fate - to be the shield of the Russian state, to cover the capital from the south. And at all times the Tula people fulfilled their patriotic duty selflessly and courageously. And in the XVI century, when Tula was a border fortress, and in a terrible 1941, when it fell to her to take on the hordes of hordes of Guderian, rushing to Moscow.

Photo-story about the heroic defense of the city during the Great Patriotic War, see and read on pages 56-75.
They say that the land of Tula never trampled feet and enemies. It would be more accurate to say this: the enemy of the leg has never set foot on its territory since the foundation of the Tula Kremlin.
And the history of the Tula Kremlin has gone down in history since 1507, when the Moscow sovereign Vasily III ordered to build a "stone town on Tula". In 1520 the work was finished. Resurrection annals about this event informs: "The same summer the city on Tula cameos". Information about this quickly spread abroad, which underlines the military and political significance of the event. Tula reliably blocked the Muravsky Shliakh, complicating the possibility of an invasion of Russia from the south. In a map published by the Venetian cartographer Battista Agnese in 1525, the map of Tula is shown with the inscription "Tula ex lapide constructa", which means "Tula built of stone". 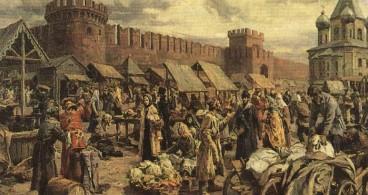 And indeed it was why to celebrate this event as far from being ordinary. Architects and builders of the Kremlin managed to create a militarily powerful structure, despite the fact that the Tula Kremlin, unlike many others, is located in a lowland, which does not have any advantages over the surrounding landscape from the point of view of defense. Only on the north side, the most safe from the enemy's attack, the Upa river served as the natural cover of the Kremlin. However, powerful walls and towers, a convenient layout for defense, good armament made the taking of the Kremlin a very difficult problem that no military leader decided.
He still stands, our handsome Kremlin, in the center of Tula, pleasing the eye with his perfect and expedient forms. Approaching it closer, you can involuntarily penetrate the feeling of strength, strength, reliability, despite the fact that the cultural layer, which has grown over almost five centuries, made its walls and towers much lower than it was in the 16th century, and the nearby administrative building, built in a little distance, Completely justified in this place of monumentality.
<<Previous Next>>
×
×