The number of gunsmiths in Tula grew rapidly. The city governors were ordered to look for them in the land and from the alien smiths, "the weapons business," and give it to the government suburb. If in 1642 there were 75 blacksmiths, by the end of the century "up to 300 people were engaged in the" arms business ".

At the turn of the XVII-XVIII centuries, Isai and Maxim Mosolov, Nikita Orekhov, Nikita Antufyev, later written by Demidov, became famous people in the settlement. 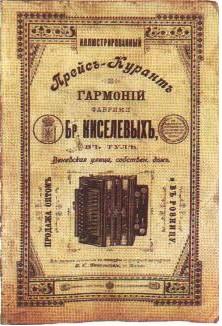 In connection with the beginning in 1695 of the Azov campaigns of Peter I, the annual order of Tula craftsmen for weapons increased to two thousand fuses (guns). The Tsar knew Tula well and showed concern for the development of the weapons industry. As early as 1691 he became known Nikita Demidov, who came to Moscow as a supplier of weapons from Tula.
Much in the history of Tula is associated with the names of Peter I and Nikita Demidov. But there was or was not a king in the city, documented unknown. But there are legends about his stay here. One of them, returning from Azov through Tula, the king gave Nikita Demidov, as the best master, to fix his broken pistol of foreign work. But he was completely spoiled, and Nikita, fearing the king's wrath, did a new one on his model. Peter, unaware of the substitution, inspected the pistol and began to praise foreign work. This touched the living creature of the Tula blacksmith, who boldly declared to the tsar that the Tula people would not yield to foreigners. "Do it, and then boast!" The king yelled angrily and struck Nikita. "Find out, and then fight!" - replied the smith and showed his brand on the gun. Brave, resourceful, skilled master liked the king. He received a large state order, the Tsar visited his house and even worked in the smithy. 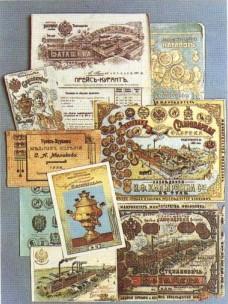 In 1702, the king granted Demidov Verkhoturye plants in the Urals. Going there, he took with him from Tula blast furnace builders, cannon and other masters. The age-old experience of Tula gave rise to the development and development of the mountain wealth of the Urals. "The fishery goes to the Urals and Siberia," wrote Lenin, calling Nikita Demidov "an outstanding Tula blacksmith."
But the production of weapons is forever left behind Tula. In 1706 in Zarechye was built a wooden weapons yard with smithies and working huts. The output of weapons increased to 15 thousand per year. Petrov's troops were fighting at Poltava. In memory of the victory over the Swedes in this great battle, so much to strengthen Russia, the gunsmiths presented the king with a 3-pound (76 mm) cannon, the trunk of which is encrusted with gold and silver. It is still stored in the Leningrad Military History Museum of Artillery, Engineers and Signal Corps.
<<Previous Next>>
×
×