And then came the year 1712. On February 5, the decree of Peter the Great was issued. The Tsar ordered: "... for the best in that rifle case, at that weapon suburb, after finding a convenient place, to build factories where guns, fusoes, pistols can be drilled and wiped, and Sword and knives sharpen with water. " 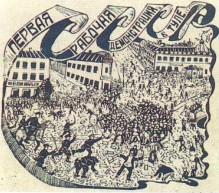 This Petrov decree laid the foundation for the oldest in Russia Tula arms factory, the 275th anniversary of which in 1987 solemnly celebrated the city of masters.
A story about the heroic history of the Tula arms factory, its creators, designers and masters, about a unique museum.
With the development of arms business, the city grew and grew rich. Of course, wealth did not sink in the hands of artisans. That the treasury paid "for only meager food". But from their midst, people were well-off, businessmen who exploited other people's labor, traded, knew how to make money. Shredded by them on advantageous government orders, on the sweat of ordinary people, the fortunes allowed the erection of monumental structures for domestic and religious purposes. 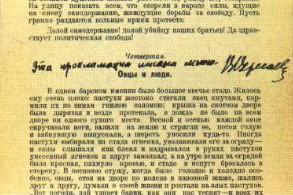 Along the Upa in the District, rich armourers built their houses. Real palaces were not preserved, unfortunately, the house of NA Demidov and Batashov's house, where the hospital is now located. Near the church was built in 1730-1734 by the St. Nicholas Church - the tomb of the Demidov family, where Nikita Demidov himself was buried. "Tuljanin, weapons master's business" - wrote an inscription on a cast-iron slab above his grave, which was lost in the XIX century. 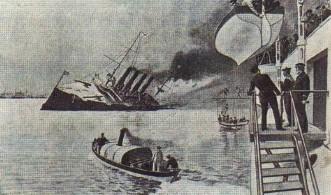 But the main part of the district consisted of close rows of houses of craftsmen, wooden structures that did not shine with wealth and luster.
A lot of interesting buildings were built in the XVI11 century in the left-bank, Kremlin part of the city. Some of them have survived to this day. The city estate of Liventsev (1760s) was struck by its scale and elegance. On the former magnificence of the ensemble they say the entrance gates preserved in Denisovsky Lane, these were published "The Institution for the Governance of the Gubernias," in accordance with which Tula became the center of the province.
<<Previous Next>>
×
×