Under the walls of the fortress, in the morning, the bargaining noise. Boyko is traded in benches, on tables, piers (stalls). There are many who sell for "Altyn with money", just to feed themselves.

The city grew. There were new streets and alleys in it. The name of one of them has reached our days - Chernikov Lane. Someone was rich. And the main number of citizens - posadskie people - lived in hopeless need. Tailors, shoemakers, engaged in every handicraft, in general, fed a black work.

ARSENAL OF RUSSIA
By guarding the southern border of the Russian state, constantly participating in brutal battles with the enemy, the garrison, all the inhabitants of Tula were in dire need of weapons. The weapons business began in Moscow. But for those times from Moscow to Tula the path was not close. So there was a need to start a weapons business on the spot.

By the end of the 16th century, on the right bank of the Upa river, 30 blacksmiths settled under the decree of Tsar Fyodor. Along with the usual Kuznetsk work, they performed "the state's weapons business," receiving state orders for it.
From this small settlement the century-old glory of Tula began - the city, which was given to the people by sonorous and filled with a deep sense of definition: the forge of weapons, the arsenal of Russia. 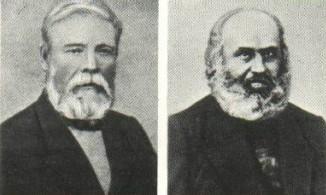 The place for the founding of weapons production was chosen very successfully. In the vicinity of Tula long melted iron from the local ore, and if the iron melted, then the products from it were made. There was metal, there was skill, there was a need for weapons. All this, having united, determined the rapid development of weapons production. In 1632 the Dutch merchant A. Vinius, having received the letter of Tsar Mikhail, built water-producing ironworks near Tula and Kashira. On the Venetian road near the village of Torhovo, Gorodishchensk factories operated with two blast furnaces that were not inferior in productivity to foreign ones. So began the Tula metallurgy, widely known in our days.
As the metal of the Tula, which stood at the sources of the national metallurgy, is poured and forged, what peaks have reached in this matter.
<<Previous Next>>
×
×