On the military draft of 1875-1879 in Tula, 40 percent of those examined were found to be unfit for service. Mortality was high. In 1880, there were only 23 doctors for the whole city, and they were not for workers. In Zarechye there were 3 doctors. In Chulkov - not one. That is why the working families were often mowed down to the root of terrible epidemics. And the breeders, the factory owners, lived on the sweat and blood of the proletariat. Sometimes they raged with fat. Samovar factory owner A. S. Batashov, according to the stories, once bought up all the tickets for the play, and the troupe played for him alone. He personally spent the city of the camel bought by him and presented it to someone from the opposite. Once, sitting in his yard in a doghouse, barked at the people who came in.

The abomination of Tula's reality undoubtedly had a strong influence on the formation of views and motives of the work of a number of well-known writers whose lives were, in one way or another, connected with the city of gunsmiths. This is GI Uspensky and his cousin NV Uspensky, ME Saltykov-Shchedrin, VV Veresaev, who each in their own way reflected in the works the gloomy atmosphere that reigned in Tula. 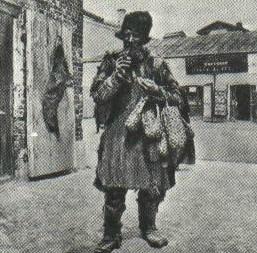 Under such conditions, the class consciousness of the Tula proletariat grew stronger, which by the end of the nineteenth century was the fertile soil on which the seeds of scientific socialism that had been brought into it quickly rose. No, not to the Narodniks, but to the Marxist ideals, the confidence of the master people was felt. Evidence of this was found during the search in the workshops of the cartridge factory in the working box of locksmith NI Voropayev, the publication of the Marxist group "Emancipation of Labor".
Even one simple enumeration of facts from the revolutionary history of the proletariat of Tula speaks eloquently of how successfully the working-class movement has joined together with scientific socialism.
1891-1892 - the Social Democrats G. Mefodiyev and V. Buyanov, sent from St. Petersburg to Tula, created the first Marxist circles in factories and factories in the city.
1896 - in Tula, Lenin's work "The Economic Content of Populism and Its Criticism in the Book of Mr. Struve" was distributed.
1896-1897 - in social-democratic circles, organized by the workers II Savelev and S. Stepanov, expelled from Moscow II Skvortsov-Stepanov, studied the works of K. Marx, F. Engels, "Explanation of the law on Fines "of VI Lenin.
<<Previous Next>>
×
×